Top level of cash management in every county is associated with work optimization of national banks who operate as regulatory body and sometimes as market constituent.

Due to the specifics of legislation and regulation, the structure of the organization and the process of managing cash circulation can differ significantly.

National Bank is a crucial part of the national cash distribution cycle. It operates through its branch network as a main storage, processing, and distribution center. The Central Bank is present and controls the entire cash circulation cycle. This model is mainly used in developing countries.

A joint venture is created between the national bank and commercial bank. Both sides also act as shareholders. This joint venture deals with all aspects of trade and logistics of the national currency, thus optimizing operating costs. This model is often the main direction for the further development of cash circulation in developing countries.

The National Bank delegates certain cash handling operations to affiliated contractors. Authentication, sorting, as well as the distribution of cash for the commercial sector (commercial banks, merchants, and collection services). Currently, a significant number of countries in the world use this model for partial outsourcing of their activities.

Commercial banks and independent CIT companies take responsibility (and cost) for all transactions. The National Bank is not present in the money supply cycle, except for the processes associated with the issue and control of the disposal of banknotes and coins. The countries of the Eurozone, as well as the United Kingdom, Norway, and the United States, operate approximately in this model.

To organize and control an effective cash circulation in the country, the central bank needs to control and set optimal operating rules for all cash circulation cycles. Cash Management software allows companies to optimize the logistics and supply chain, working capital, surplus cash, which leads to a decrease in the financial costs of national banks and commercial banks.

Each cash circulation project, requires a complete cash management solution, software, and hardware capabilities to handle the tasks. Cash Management in banks is a crucial part in the optimization of human resources, cash circulation expenses, and improves the overall risk management by providing various real-time monitoring and forecasting tools.

CashPoint Analytics.iQ is a module of the Cash Management.iQ, which is responsible for generating, displaying, and exporting reports from each point of service as well as achieving key performance indicators and other aspects of integrated cash logistics.

CashPoint Monitoring.iQ is the main module of the Cash Management.iQ system, which provides the functionality of monitoring the cash status and cash demand forecasting. The estimation of cash need is based on accumulated historical data and CIT simulation tools.

CIT.iQ provides management of the cash collection service for the CIT (cash-in-transit) staff, assignment of tasks, selection of routes, and accounting of all costs associated with operational activities (labor costs of employees, fuels and lubricants, depreciation of transport) for planned and emergency trips.

Vault.iQ is a separate module of the Cash Management.iQ platform. It allows financial institutions to monitor all cash inflows and outflows in the connected cash center. In addition, Our vault cash management software (Vault.iQ) ensures a two-way cash flows between central banks and service end-points.

CashOrder.iQ planning module helps to determine the optimal number of banknotes (currencies and denominations) for each self-service device. Besides the calculation of the optimal number of banknotes, it helps to calculate the frequency of ATM cash replenishment processes, place orders for the transportation of cash and other valuables (securities, precious metals, etc.) either in manual to automatic mode.

Reducing the number of CIT visits 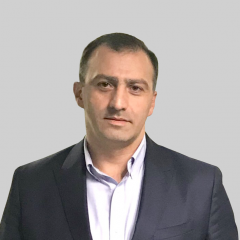 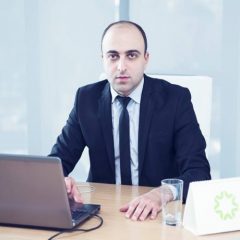 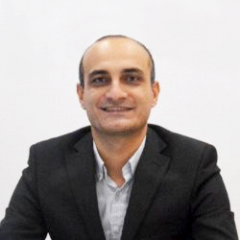 During the first two months of using CashPoint Monitoring.iQ, we were able to reach 25% of savings on rent of the cash. Besides, the solution allowed us to save internal resources (first of all, staff). In order to monitor and analyze cash supply chain using the Cash Management.iQ solution, one cash professional needs to work only for two hours a day.

The bank receives information about cash balances at ATMs from the processing center. The frequency of data transmission can vary, but this information is not enough for the optimal cash distribution to ATMs and CIT planning. For these purposes, TBC Bank uses Cash Management.iQ solution.

Cash Management.iQ software solution provides us the information on cash balances in ATM’s in real time, which allows us to more accurately plan the time of cash collection and  cash optimal amount by ATM’s, as well as to reduce logistics costs.

How to synchronize cash supply with external collection or security service?

Leave your details and our professionals will get in touch shortly.

We've got your request!

This website uses cookies to improve your experience while you navigate through the website. Out of these, the cookies that are categorized as necessary are stored on your browser as they are essential for the working of basic functionalities of the website. We also use third-party cookies that help us analyze and understand how you use this website. These cookies will be stored in your browser only with your consent. You also have the option to opt-out of these cookies.
Necessary Always Enabled
Necessary cookies are absolutely essential for the website to function properly. These cookies ensure basic functionalities and security features of the website, anonymously.
Analytics
Analytical cookies are used to understand how visitors interact with the website. These cookies help provide information on metrics the number of visitors, bounce rate, traffic source, etc.
SAVE & ACCEPT